Seth Godin, a best-selling author in the business and entrepreneurial space has one of the most popular courses on Udemy. Over 300 people have contributed to its 5 star rating and over 12,000 students have paid $57 dollars for it. Yet, according to him, the average student doesn’t even complete the first hour of the three hour course.

You don’t see yourself as lazy and you don’t consider procrastination to be one of your downfalls but yet you identify with people who struggle finishing what they start. So what’s going on and how do you get out of your own way?

Expressing Your Intent Makes You Feel Good Enough for a While

It’s a good idea in theory because you’re preparing yourself for change but you get a placebo effect when you say those things out loud. You get the validation and encouragement from whoever’s listening and you feel good for holding yourself accountable and tackling the problem head on. It makes you feel like you’re starting to get a handle on things and are in more control. Your intention makes you feel like you’re doing it and sometimes you never even start.

If you’re setting out to do something really big, really daring, it’s easy to get sidetracked by the naysayers. That’s what I think the real deal is with why people struggle with finishing Seth Godin’s stuff. He encourages dreamers. He encourages people to build their own businesses and to accomplish more than they think is possible.

As soon as you dream big, someone is bound to tell you why that isn’t logical. You’re bound to hear about the risks. By stepping outside your comfort zone, you’re leaning in to vulnerability and you’re facing so many risks of failure. That reality can open the door for doubt and insecurity to sneak in and suddenly you find yourself perseverating on all of the reasons why something won’t work. You walk away from something before you’ve even seen it through. You never get to find out if your grand idea could have worked or been successful if you’d just be willing to risk failure.


You Haven’t Made Room for Change in Your Life

If you don’t make room for your good intentions, they have nowhere to go. If you haven’t booked time in your schedule for when you’re going to get to the gym, you’ll never make it. You have to commit to making the time before you can even worry about finding the motivation. If your new goal is going to cost you some cash, you have to budget for it. Change isn’t easy but if you can’t see your new goal fit into your current life, you’ll never succeed. Make room for it so you can do the work to make it happen. 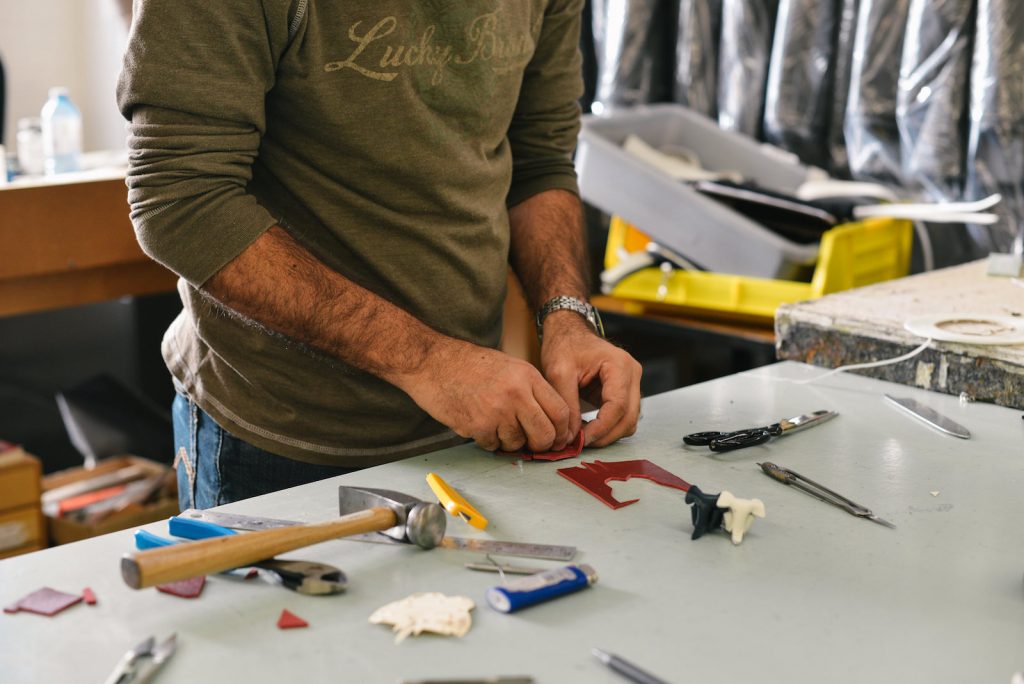 It’s so hard to try something new and no one likes the learning phase. It’s easy to get tripped up and freeze when you encounter something you don’t understand, when something takes more time than you expected, or when you try your best but still find yourself stuck. Not knowing how to do something isn’t the same thing as not being able to. Hard does not have to equal impossible and it’s best to stop telling yourself that story.

When you find yourself freezing at the difficulty, start to explore where you can get your answers to your questions. Where can you find what you need to know?


You Haven’t Moved to the How

This is when you commit to doing something but fail to plan for how you’re going to do it. What are the steps? How much time will it take? Does it cost money?

If you were to break this new project down into a manageable to do list, what would that list look like and what would be on it? Breaking things down into smaller projects makes the list seem more manageable and possible. If you only conceptualize your project on the large scale, it’s hard to know where to begin or how to start. It also creates a sense of disorganization that makes you feel like you’re spinning your wheels.

Before doing a single thing, make a plan for how you’re going to do each thing.

Without a plan for accountability, it’s easy to let things slide, especially if they get too hard or labor intensive. Some people are lucky enough to be internally motivated and can complete tasks simply because they said they would. Others, though, need a system of accountability.

Ask for help. Ask a trusted person if they’ll help you stay on top of your new goal, if they’ll check in with you on your progress. For large projects that you need to break into smaller tasks, set deadlines and tell someone else when they are. Reward yourself for a job well done and hold accountability with yourself when you slack.


Commit to Getting Out of Your Own Way

As with most things, the first step isn’t to decide the task to be done. It’s admitting that sometimes you have trouble finishing what you start. Make a commitment to changing that about yourself and use your next goal as practice for how you’re going to change that.

Get to know yourself. When are you most successful with completing things? What works for you? Are you more productive at a certain time of day? Are there things that you find particular motivating? Who are your cheerleaders? Who will hold you accountable?

What would success feel like? Hold on to that feeling and go after it. Now.