Don’t let the not-so-photogenic appearance fool you, Louis Theroux is an established name when it comes to documentary film making. For those of you reading this and don’t know Louis here’s a short introduction.

Louis Theroux is a British television presenter best known for making documentaries that investigate fascinating worlds and lifestyles. He does that in his own unique way. His approach is very clever, charming and even can come across as naïve and innocent.

Because of this approach he’s able to offer comprehensive portraits of some of the world’s most psychologically gripping issues, while always resisting easy judgments.

“My films represent life with the boring bits cut out. Isn’t that what they say about art in general?”

Louis graduated from Oxford in 1991 and started out as a print journalist the following year, working for Metro weekly in San Jose and then in New York for Spy magazine. He got his television break from Michael Moore, who hired him as a writer and correspondent for his groundbreaking satirical show, TV Nation.

In 1995 the BBC signed Louis to a development deal. He came up with an idea for a documentary series that would follow him as he immersed himself in off-beat lifestyle, called Weird Weekends. He since then made numerous documentaries about widespread subjects with LA stories as a latest addition.

The following is an overview of the documentary series that Louis made throughout the years. 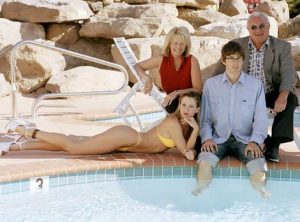 “Weird weekends sets out to discover the genuinely odd in the most ordinary setting. To me, it’s almost a privilege to be welcomed into these communities and to shine a light on them and, maybe, through my enthusiasm, to get people to reveal more of themselves than they may have intended. The show is laughing at me, adrift in their world, as much as at them. I don’t have to play up that stuff. I’m not a matinee idol disguised as a nerd.” 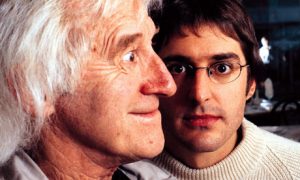 In this series, Theroux accompanies a different British celebrity in each episode as they go about their day-to-day business, interviewing them about their lives and experiences. 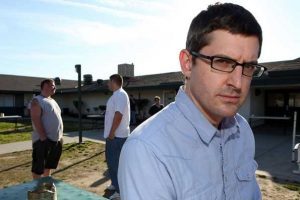 Louis Theroux returns to American themes, but this time with a more serious tone than in his earlier Weird Weekends work. For example, Louis and the brothel takes a sympathetic look at the prostitutes working at a legal brothel in Nevada whereas Under the Knife takes a more critical look at the world of plastic surgery.

. In the book Theroux returns to America to find out what has happened in the lives of some of the people he featured in his television programmes since he last saw them.

It’s really inspiring to see the way Louis works and the surprising scenes it uncovers. Besides the informative and revealing aspect, there’s also a high entertainment value. The majority of the series are available to watch online so definitely check one out.