How to be successful without losing your relationship

Posted by Heather Gray on September 12, 2016 in Career & Entrepreneurship .

My husband and I started dating at a time when I was incredibly career driven. I was working for a residential treatment program and my only focus was climbing the ladder so I could be a program director someday. My hours were erratic and unpredictable.

It was not unheard of that I’d be canceling a date last minute because I was “held up at work” and when I wasn’t at work, I was talking about work, thinking about work, and planning for work.

Being a program director was all I thought about or cared about.

We weren’t together or speaking to one another on the day I finally earned my promotion. I was alone.

I sought my dream independently of him and thus reached it without him.

Fortunately for me, I got a second chance and we were able to work it out but I needed to do a lot differently in order to make that happen.

“Having to work” does not absolve you of relational responsibilities.

Being career driven, focused, and goal oriented is something society encourages us to be. I used that as a get out of jail free card for the responsibilities I had in my relationship. I vehemently defended the excessive hours I worked, minimized the physical risks to my body when working with assaultive youth, and expected immediate understanding and acceptance of my on-call responsibilities.

I never validated my husband, though. I never acknowledged that he had a point and a right to expect his girlfriend to be there for him. I expected and demanded understanding because you know, it was my career.

It’s no wonder I was alone on the day I earned my promotion. My actions had all but guaranteed it.

When defining success, include your relationship in the vision.

When you start to set goals and define success for yourself, you have to include your relationship goals in that vision.

There has to be room in every relationship for two dreams.

I screwed up a lot in the early days of my relationship but one thing I will always be proud of is that when my husband talked about leaving his established job working as an engineer for Gillette so he could attend medical school and become a doctor, I was all in. I wanted that for him. His dream became my dream instantly.

Relationships are doomed when one dream takes over the entire relationship. It can’t always be about one person. Two people exist in that space. Two dreams matter.

Consider your partner to be your advisor.

I don’t know anything about medicine or science but I do help my husband with career decisions and we decided together where we were willing to live and move when the time came to plan his residency and fellowship. We navigated how we’d juggle my career with his education and training.

No longer in program management, I am now running my own online consulting and coaching business. The online industry is not exactly my husband’s forte but I consult with him regularly on my business decisions, strategies, and plans. He’s my sounding board, cheerleader, and biggest supporter. I know that I am his, too.

Be mindful of the impact that the feast/famine mentality has on your relationship.

During times of professional success and recognition, it’s easy to keep the forward momentum going and to push harder. You do have strike the iron while it’s hot. That’s unavoidable.

However, this is not permission to completely ignore your relationship and expect it to still be in the same shape you left it upon your return. You still have to keep communication open in your relationship. You have to check in about expectations, responsibilities, and make time for one another. 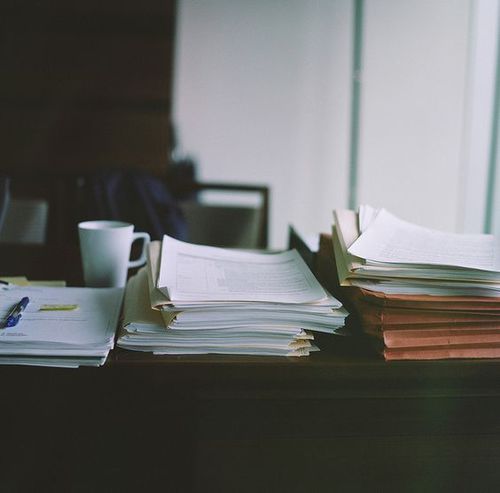 When things are stressful at work and your success is facing an obstacle, it’s understandable that you will be tense, distracted, and moody. It may be another reason you have to work harder or longer but you have to communicate about this. Include your partner in that discussion and planning.

You do not have carte blanche to ignore your relationship simply because you’re in a professional flood or drought.

The amount of time that work can take up in our lives is unpredictable. It’s important that both partners agree with this. However, regardless of the demands of the job, it is critical that there is a clear delineation between your work and personal time and that your partner is included in that.

None of that is negotiable and I can’t hold an expectation that it is. What we can do, though, is communicate about the schedule ahead of time so I know when he is available and when he isn’t. Likewise, as I build and expand my business, my work hours have shifted and I have needed him to be flexible. We’re not asking one another for permission to work. We’re including each other in our professional lives so we can still feel connected personally.

Your business or work gets to have guaranteed time when it is your only focus. That’s what has helped, or will help, you achieve success.

Your relationship deserves the same thing. That may sometimes mean a significant compromise in what that couple time looks like. It may only be a morning cup of coffee or a quick dinner together sometimes. Relationships won’t thrive if that is the regular climate but it can sustain itself on very little when you’re mindful enough to make the time together quality time that counts.

Don’t believe your own hype.

I remember the first time I wrote an article that was really popular on social media. I was checking the stats for it like a fiend, replying to every comment, and prancing about the house. My ego ran the show for a bit as my Twitter and Facebook feeds lit up with likes, comments, and shares.

That kind of attention, though, is fleeting.

Some people heap on the praise simply because they want to be near your success and hope to benefit. Be careful not to define yourself by the social acclaim you’re receiving. The real opinions that matter are of those closest to you and yourself. Don’t start to think any differently because the internet can be unkind and if you’re going to believe the hype, you’ll have to believe the hate when that rolls around your newsfeed, too.

To be successful, we’re often encouraged to say “yes” to opportunities. Once success hits, those offers come fast and furiously. It can be scary to think about turning any of them down.

Success like that can be exhilarating but it’s important to slow down and evaluate the opportunities as they come in. What are the costs of saying “yes” on your relationship? Are they temporary, easy costs or will they affect your relationship?

Run them by your partner. Decide together what makes the most sense going forward. If you decide together as a team, the costs to your relationship will play a less significant role.

Being willing to slow success down when your relationship suffers.